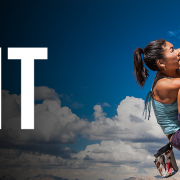 Several years ago, psychologist Angela Duckworth triggered national interest when she shared research findings on grit in a well-viewed TED talk. With the use of pointed survey questions that gauged a test subject’s likelihood of giving up in the face of distractions or other obstacles, Duckworth and her team tried to predict who in West Point’s entering class of freshman would make it through the rigorous pre-training period and who among National Spelling Bee contestants would advance to later rounds of the competition.

Duckworth discovered that the people who were successful were not those with the highest IQs or other competitive advantages; rather the people that pressed on through challenges to arrive at successful outcomes had something she defined as “grit.” Grit is the quality that makes a person stick with a task and follow through on long-term goals even when obstacles mount. Grit, in Duckworth’s words, is “perseverance and passion for long-term goals.”

Grit is Inversely Related to Talent

Even though it is tempting to attribute someone’s accomplishments to natural ability, what is really at work, Duckworth claims, is grit. Talented people frequently give up if they hit a “wall” enough times. Successful people, on the other hand, don’t give up easily. High achievers are not so much naturally skilled, Duckworth says, as they are conditioned to accept obstacles and hard work as a necessary part of working towards a goal. Our culture tends to romanticize the superstars of our times and gloss over the fact that countless hours of work went into the flawless performance that we ultimately see. An acclaimed soccer player didn’t learn how to score goals overnight. Thousands of hours of practice (and countless moments of frustration and despair) shaped the success we see today. Interestingly, Duckworth discovers that talent is inversely related to grit, a finding she emphasizes in her famous TED talk.

From the Lab to the Field: Grit at Work

Highlands looks for grit among new hires because grit is what it takes to build and grow a business. Today’s business climate is such that the unexpected is often the norm. The figurative “wrench” is almost certain to disrupt business on a daily basis. Cheers to the employee who catches the wrench and creates a win for the company regardless. A dogged, single-minded employee with plenty of grit is a blessed thing for a business.

How does grit come into play at work? Let’s suppose you have a deadline that is approaching for a new software release. Customers have been asking for an updated version for several weeks and many are grumbling that the release is long overdue. Within 48 hours of the projected release date, software testers discover a significant bug. What do you do at this point? Give up? Or do you regroup, figure out what needs to be done, and press gamely on? Employees with grit don’t skip a beat but roll up their sleeves and target the software bug with more gusto and passion than before. (i.e., “We will fix this bug and we will go the extra step to make sure it never happens again!”).

Similarly, let’s say the market is crowded with a particular product. The chances of developing a product to successfully compete with existing brands are slim; the players are seasoned warriors and won’t go down without a fight. Nevertheless, an opening in the field becomes apparent because existing products are deficient in one or more key features. A business with grit buckles down, develops a laser-like focus on the end game, and moves forward, prepared to do battle and take the product from conception to final shipment.

Duckworth focuses on a “growth mindset” as key to understanding the motivation of people with grit. A growth mindset means believing that failure can eventually become success or that the ability to learn can grow with enough effort and determination. With this attitude, failure is merely a step in the process of achieving mastery. With a “can-do” approach among employees at Highlands Infotech, obstacles become a launching point for innovation and “failure” becomes the new catchphrase for opportunity.

The word grit (and everything that it represents) resonates now with people more than ever because it is the fighting word of champions, underdogs and any business that works hard to be competitive. Grit means your fortune can change. Grit means positive outcomes are on the horizon with enough effort and determination. 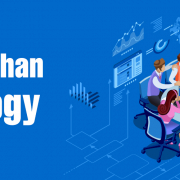 We can’t escape the obvious fact that technology plays an increasingly dominant role in our everyday lives. Many of the world’s biggest economies are fueled by high tech innovation. Venture capital and public funds are quick to chase the next big breakthrough in science or engineering. With this culture, it’s easy to fall into the trap of thinking that programmers, scientists and other techies are the only ones that can propel innovation forward. If your end goal is to find employment, some say, the only fields that are worth the cost of a college education are the STEM subjects (Science, Technology, Engineering, Math). The logic of this argument is apparently hard to dispute; students from the United States, China and India opt to study math, business or engineering over history or philosophy. But if there is one thing that can be learned as an engineer and businessman, it is that there are many skills that are needed to effectively run a corporation—not just the ones gained through a purely technical education.

The Myth that STEM is Best

Several universities in the U.S. made headlines a few years ago by threatening to cut academic departments in the humanities. (Humanities courses delve into subjects that explore the human condition and its institutions. Think political science, language and philosophy.) Where STEM subjects focus on hard analysis and fact, the study of history can explore the grayer areas that are subject to interpretation. Why are schools cutting these programs? The reasons are varied, but most did so in order to reroute funding to programs with more “practical” outcomes, producing graduates equipped with immediately marketable skills. People opposed to these initiatives argued that these programs help students to think deeply, empathize with their peers and tackle problems creatively. Many of these colleges and educational institutions back tracked and revised their proposals, but the movement is still active, and these programs are still under fire.

What do Microsoft and Google Look for in a New Hire?

Microsoft Corporation is arguably one of the most successful technology companies in the world with annual revenues exceeding $120 billion dollars. Surprisingly, however, this tech empire’s hiring practices do not focus on technical skills to the exclusion of everything else. Rather, like powerhouses Google and Apple, Microsoft looks for strong technical talent, but qualities that indicate a high level of emotional intelligence are equally important in a new hire. These are the qualities that provide the “grease” for the company’s “mechanical”, day-to-day processes and these are the qualities that help a company manage people and thrive in tough times. Would the person work well with co-workers and tackle problems in a collaborative style? Is this person able to manage a lob from left field or sort through a major crisis? Today’s business culture depends on people who can do all these things and more.

A Meeting of Minds (and Skills) at Highlands InfoTech

Technology is not developed in a vacuum. Maybe it once was, but it isn’t anymore. People need to talk to one another, listen, compromise and collaborate. Never before has the development of technology been so interactive. Agile software development is based on and frankly thrives on teamwork. Every department at Highlands, from software development, to human resources, to tech support, is grounded in teamwork. Not only do we need people who are creative, analytical and good at communicating, but we need team players who are empathetic and balanced. We need people who approach problems resourcefully and people who can turn difficult circumstances into positive outcomes.

What does this mean in terms of recruitment at Highlands? We are looking for creative, hard-working and gritty individuals in STEM fields, yes, but others as well. Those with backgrounds in the humanities can help our team as well, especially if they approach work and learning with a “can do” spirit. If you think you have what it takes, step up and apply!