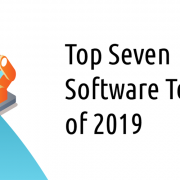 According to the World Quality Report 2018-2019 – a study on the current state of QA and testing conducted by Sogeti, a part of Capgemini – there is a major shift underway in the practices of quality assurance and software testing. The report confirms that end-user satisfaction is now one of the many responsibilities of quality assurance teams. This significant shift in industry practice will dramatically change the QA and testing skills landscape, and jobs such as AI QA Strategist, AI Test Expert, and Data Scientist, etc. will see greater demand.

Unified Functional Testing (UFT),also known as HPE Unified Functional Testing, is a widely popular tool for functional testing and regression testing for software applications. It provides a comprehensive set of features that supports API, GUI and browser testing for applications on any platform. It achieves high-level automation through the use of reusable test segments, automated documentations, smart object recognition, and a comprehensive error administration mechanism.

UFT uses VB Scripting Edition for registering test procedures and object control. It also coordinates with other quality control devices like CI and Mercury Quality Center for integration into existing work processes without any difficulty.

Selenium is a powerful and comprehensive automation tool for software testing. It is considered the industry standard for the automated testing of a web application user interface. Almost nine out of ten testers are either using or have used Selenium for their projects.

Selenium offers flexibility; users can write test scripts in multiple languages, including Java, C#, PHP, Ruby, etc., all of which can run on Windows, Mac, and Linux devices across multiple web browsers. However, one must know advanced programming in order to use Selenium. Also, users may need to spend considerable time building automation frameworks and libraries. These are some major setbacks of Selenium; however, most can be addressed with the use of Katalon Studio and other integrated tools.

TestComplete still manages to be one of the top software testing tools in 2019 thanks to its powerful and comprehensive set of features for application testing on web, desktop and mobile. Like UFT, TestComplete uses an object recognition engine to accurately detect dynamic user interface elements. Testers can write test scripts in JavaScript, Python, VBScript, or C++. They can also easily record and playback using features like Katalon Studio, as well as insert checkpoints into test steps for verifying results. The TestComplete object recognition engine is especially useful in testing applications that have dynamic or frequently changing user interfaces.

Apache Jmeter is a Java desktop application designed for load testing and performance measurement of websites. It was developed for testing web applications; however, its application has expanded to perform API and service testing, especially for API performance. Its architecture is centered around plugins that simply enhance the capabilities of the tool. It supports multiple applications, servers, and protocols such as web, SOAP, FTP, TCP, shell script, Java objects, and database. Other features include dynamic reporting, portability, caching, multithreading, etc.

Ranorex is a household name when it comes to software testing. With over 13,000 major initiatives depending on Ranorex, this automation testing tool is often the first choice of industry giants and well-known IT ventures. The tool provides multiple types of automation features designed to test applications across web, desktop, and mobile. With Ranorex users can run tests in correspondence as well as simulate cross-browser testing on Chrome, Firefox, Safari, etc.

The software works effectively with ERP and SAP packages and can also run tests locally as well as remotely. Plus, the tool eliminates time wasted fixing issues with unstable tests, which gives users more time to evaluate application conditions.

Watir is yet another open-source cross-platform web application testing tool, which is made up of Ruby libraries for automating web application testing. It allows for the testing of web applications that are based on any programming language for Opera, Firefox, IE, and headless browser. It facilitates simple, compliant, readable and easy to maintain automated tests. The tool is compatible with business-driven development tools such as Cucumber, RSpec and Test/Unit. It is a powerful yet lightweight tool and is supported by an active, growing community of testers. Some of the key users of Watir include Facebook, Oracle, SAP, etc.

The above list of software testing tools is not exhaustive but includes some of the best tools available based on popularity, maturity, and capability to address a variety of software testing challenges. The list also includes tools that solely support API and essentials of service testing for successful implementation of Agile and DevOps transformations. The choice of tool will always depend on the requirements of a particular project as well as on potential QA and testing trends and improvements.

What are your thoughts on the software tools included in this list? How many of the tools listed above are you either using or have used in the recent past?